PSA: reminder that x0f.org also has a synapse/matrix server, if you're on here and interested in an :x0f.org address let me know

@stevenroose clearly ! no opinions there

but the rust embedded WG has adopted matrix as replacement for IRC, and other parts of the rust community are expected to, too

@orionwl Really? What a shame. Perhaps they'll provide bridged? Even though I haven't been on the Mozilla server for a while, I asked something in #rust on freenode once or twice and I got an answer, so I guess that's fine :)

@stevenroose mozilla is sunsetting their IRC server, but that particular channel is bridged to freenode #rust-embedded 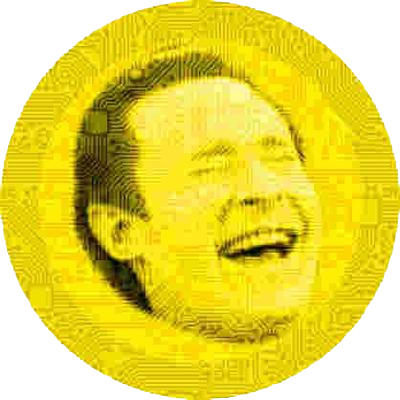 @kekcoin @orionwl Meh, basically way more mature server implementations. Synapse is a piece of garbage if you compare it with f.e. ejabberd.

@stevenroose @orionwl Nitpick: so it's not the *protocol* that's superior? Any opinion on that? I do like the principles behind Matrix but no idea if those are present in XMPP as well (just without a modern video introducing the concepts).

@kekcoin @orionwl Well XMPP's protocol has been proven to be quite resilient to changing user expectations. It's incredible extensible (as the name suggests) so basically anything can be added on top. I'm convinced all IM applications people use nowadays can be implemented using XMPP and could federate the features they have in common.
For as much as I've read into it, Matrix seems much more focused on getting it's current use-case right without leaving all that much room for the future.

@kekcoin @orionwl I guess that's kind of a product of our current time, as compared with how protocols were generally designed in the past.
That being said, I think Matrix has one feature that would be hard to implement in XMPP in a backwards-compatible way and that is group chats that don't have a single hosted server. Current XMPP group chats (MUC) and the next generation of group chats (MIX) both have a single "owning" server per group chat.

@kekcoin @orionwl However I think for a communications system, a federated status quo would already be an incredible improvement over the current status quo. I don't see a need to go beyond that, as XMPP has been proven to work in situations where there's a very low number of users per server (i.e. a world where many people self-host in small groups).

@kekcoin @orionwl
So to come to my point. I don't think we want everyone to go and start using "new chat app named X". We should want people's existing favorite chat app to federate with each other.
There is currently nothing except selfish interest that prevents WhatsApp, Hangouts, Signal, Telegram, Wire, ... to federate over #XMPP. In such a situation, users of different services could have some features missing. But the basic features like chat would federate without a problem.

@kekcoin @orionwl
An interesting thread on this topic is Wire's issue on their decision for a inter-Wire federation protocol:
https://github.com/wireapp/wire-server/issues/631

> the biggest argument would be that [XMPP]'s 20 years old and still around and being used.

Had not considered the lindy effect wrt. chat protocols before. Interesting thought.

@stevenroose @orionwl Interesting that you bring this up actually; interoperability/building bridges is the main selling point of Matrix as I understand it.

@kekcoin @orionwl Bridges it not the same as federating. Who is going to run the bridge? Everyone their own bridge? Some random person a big bridge that everyone will be using? I don't think it's the solution. Existing services that don't want to federate also don't want to run bridges.

@stevenroose @orionwl I'd consider it a pro of matrix that you don't need the communication silo's permission/approval/cooperation to bridge it.

@kekcoin @orionwl Well that's not really the point. Of course you don't need permission to run a bridge, that's what bridges are for :p But who is going to run it then? You your and me my own? That's a bit crazy, isn't it? Or is matrix.org going to run a single one for everyone? Also doesn't sound ideal.

@stevenroose @orionwl Until XMPP has a better model (no bridges is strictly inferior than Matrix's model) I kind of see a flaw to your argument.

@stevenroose @orionwl chat app overload is a nontrivial ux problem. At some point, people, including those who care about privacy, will not want to install yet another app to communicate.

@kekcoin @orionwl I don't see how your argument for bridges is an argument for Matrix. There's plenty of bridges for XMPP servers. There's nothing Matrix does special to accommodate bridges, perhaps it has more people working on bridges for it.

But the idea is that other services should have an incentive to federate. And once there are a few of them federating, users can get used to the idea that it's possible. It's currently just not something that people consider a thing.

@stevenroose @orionwl Ah, I don't know much about the XMPP ecosystem, I understood from your response that bridges were generally not much of a thing in it.

And, well, if Matrix has more priority on building bridges, I would argue that it DOES do something special to accommodate them.

XMPP has been a thing for a few decades now, and it has spawned closed silos built on top of it that a major thorn in the side of anyone who wants decentralised, open source communication infrastructure.

It's nice that it's the *idea* that other services should have an incentive to federate, but it's clearly not the reality.

@kekcoin @orionwl Wait are you going to say that silos using xmpp infrastructure internally means xmpp is bad? How about Linux? Most silos run on Linux as well. How about git? I bed WhatsApp's version controlled by git. I don't think your argument makes sense.

I don't think in all this regard Matrix and XMPP are all that different. They're both a federation protocol trying to make the IM landscape more open. Well, they're both failing.

@kekcoin @orionwl And bridges are not relevant to that. What's relevant is 2 things: which app users will more likely adopt and which protocol could most likely get existing services to federate.

I don't know about the first part. Matrix seems to gain popularity with the younger geekier userbase that's used to Slack and Discord.

On the second part, I believe XMPP as a protocol is way more inclusive and adoptable to try achieve a federation among existing services.

@stevenroose @orionwl No, I'm not saying that at all. I'm simply saying that saying that "other services should have an incentive to federate" seems to be wishful thinking when this hypothesis is tested against how it's actually been used.

I'm not saying XMPP is *bad*, I'm saying that its design has been subverted.

NB: I'm also not saying that it's irreversible, but the first step to fixing a problem is acknowledging it. Only then can you start investigating the causes and potential fixes.

1
Show newer
Sign in to participate in the conversation